How to add components from XML only?

So, after component aliasing was removed in v1.3, it seems i cant get xml-only components to work (in 1.4)…adding either file="…" or folder="…" in module.xml does not seem to work … Any idea?

module.xml : (in “src” …neither folder or component seem to work…)

Am i missing somthing here?

Interesting, i might have borked it since 1.3. Leave it with me, ill check it out - thanks for the example too!

So, it seems to work “ok” for me, i did have to make one very simple change, but it didnt stop haxeui finding the components (it just meant the base class of the components was wrong). Heres my module.xml:

Maybe your paths are wrong? Ill attach my test app here: https://easyupload.io/tjf51q - let me know if the problem exists in that also.

As i said, you will need to grab latest haxeui-core (git version) but thats for another thing (all xml only custom components were extending from Box always - not the root item in the xml - but thats not the issue you were facing)

Hi Ian.
Thanks for the help.I was using haxeui from haxelib 1.4 release.
Then this is what i got when running your example : 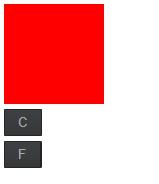 But it seems that now, with updating to the current version from git - it works like it should,
so i think your fix solved the problem! Thanks alot!!!

Cool - yeah, that last issue (with the buttons not being in an hbox) was how mine looked originally until i added that fix - glad its working!