Having fun with the experimental TreeView,
I am stumbling upon a use case : Programatically selecting a node.
So I managed to expand the parents with “expandable = true” but the doing “myTree.selectedNode = myCoolNode;” the selection is not rendered though if I trace the myTree.selectedNode it returns the node obviously.
Any leads ?

Sounds like a bug / oversight - ill check it out a little later - thanks for reporting it!

Do you have a bit more info here (or a minimal repro), just tried and it all seems fine:

I will extract the code. 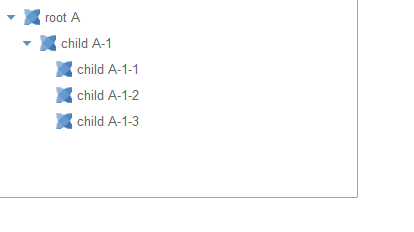 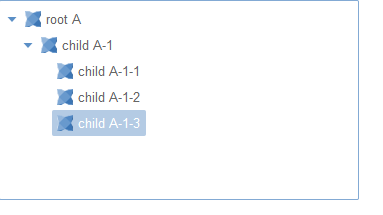 (i am building the tree and selection from http parameters recieved)¨

Ah, ok, yeah - i can repro now. The issue was that the tree view wasnt “ready” when selectedNode was being set - usually this wouldnt be an issue since these types of props should really be “behaviours” and that should then be taken care of - but since the tree is experimental i havent used the behaviour system (yet)

However, for now ive patched in a fix. (latest haxeui-core - git version)

Its a shitty fix - when using behaviours it will automatically call things at the correct part of the update sequence - ie, when its ready (fyi: the only reason i set _selectedNode to null is because the property has a if (_selectedNode == value) return;)

Behaviour mechanism is still a misery to me. Would really need to grasp it one day to be more helpful…

Ill write a guide at some point, its really quite simple